I have been very open about this to many people, friends mostly. Therefore, it might seem odd to others who perhaps used to see me around a lot and always on stage. I developed a strong sense of anxiety about improv. Not the performance aspect, but of the chains I wrapped around me to keep it in place. I did truly believe Improv was it for me. The end of the road. For a time… and in reality 10 years – 13 years really, of dedication to something would be the end of the road. I’ve said out loud that I started improv because it didn’t take much discipline to enjoy – but in loving it, in finding that passion and surrounding myself with it. I became disciplined. Not only am I a stronger performer, a more capable instructor, I also learned so many skills in co-founding the Torch Theatre and building the admin as well as managing the Phoenix Improv Festival. I didn’t mind the weight of the chains. I carried them with pride. But eventually, circa last fall, my anxiety was out of control. I experienced it every day and felt like the chains were too heavy. The main trigger was time. I just never felt like I had enough time. I’ve been taking acting classes since 2016 and at first I wasn’t in a hurry. I wasn’t looking for something new, but eventually my priorities began to shift. Last year in November I took a performance break from improv. This included all my teams. It was hard, but also liberating. I had to listen to that. I am ready to work differently. People always ask me if I noticed my acting focus impacting my improv. I say not really, and the reason is, I was always an actor, and I struggled in improv not getting what I find in acting. I think it gives improv a new meaning for me. First off, it’s no longer number 1. I am number 1 now. It feels like it can get back to where it was, when I first discovered it. Collaborative, creative and great company. I’m not sure what’s next for me, and I’m certainly not going anywhere yet, but I have broken the chains and am in the woods wandering to find the next road. Which is quite adventurous and lovely, this story does not have danger in the forrest.

Last year I made a goal for myself and it’s now a year later and I have not resolved it. This is frustrating, but in the same regard, I did take action, one little step at a time. I have my first real audition for theater tonight, excited for the experience. I have always been a writer, but I never wrote for anyone but myself. I journaled a lot and when I was young and in my 20s I wrote romances, the romance writing was a way to subdue my boy crazy mind. I got married in 2012 and I stopped writing. Haha – you can make whatever connection you want. This last year I realized around that same time I stopped listening to music. My husband and I have improv in common, and I think we 100% created new identities within this unit. When he chose to break away from the Torch, I was pretty settled on trying to get out of the Theater running business all together. I had absolutely no interest in the work anymore. So I let him go on his own. This for me was a great opportunity for us to put some distance in our lives. We had both worked at the Torch together and sometimes it got very difficult as opinions would differ and frustrations rose. I think by making this change in our relationship, as well as my home office situation I was becoming more self aware and finding my identity again. Recently as I was trying to free myself, I started to be entertained by Martin Freeman, interviews, news articles, and in the process of digging out all the golden nuggets under the surface, I found music again. I have to mention that, because it was truly a profound inspiration on living a happier life. I certainly dance a lot more. I remember when I got ignited again around 24 years in age working in a restaurant with friendships and beer my main focuses. It was Shaun of the Dead. That’s when improv seemed like the right thing for me. I loved comedy, I had forgotten. Anyway, back to the writing. I had started writing again a couple years ago, maybe 3ish, maybe I never stopped, I just thought I did. I always wrote freehand. One point I thought, this is a full story, and transcribed all the print over to a document. In three days I finished copying it. I had a complete thing. Unfortunately I didn’t format it right, or provide descriptions. So it needs work and I lost focus. A couple months ago, I returned to another story I wrote, changed the stupid plot line, kept the characters, formatted it along the way and now it’s an unedited 139 pages of a confused movie idea. In exploring one very played out reality that I was addicted to living in, I got two great scenes for a one act play and a full sketch. I think my point is that I’m finishing things. Well, I’m doing things. My coach Brandy Hotchner is an amazing champion to have on your side. Much of my confidence as an artist and letting myself live as an artist, consider myself an artist was from her support and it is what’s truly led me to this new place in my life. I mentioned that writing for me seems very intimate and I almost have a strong sense of guilt for escaping. As if it’s a vice, almost dirty. She encouraged me to think on what created that and to learn to understand my own artistic process. I have to say – that did help. When you become a certain type of person with certain behaviors, it’s odd when you try to change them.

These pictures below are from the recent Phoenix Improv Festival. For another year I played in four different groups. This is a big honor that does weigh heavy on me. I appreciate the exposure and the opportunity to attack the stage, but it does take a lot of energy and sometimes I’d rather sit back and enjoy. Of course we have to mention the obvious, that’s a lot of Jacque. I did resign from the Phoenix Improv Festival this year. That might be news as well. Not for any reason other than it was time. Those chains again and I have been managing it the same way for 7 years, it’s probably time for a change. This change thing has been coming up around my fellow improv pioneers in other cities. We certainly can’t let it end with us, so we have to get out of the way. 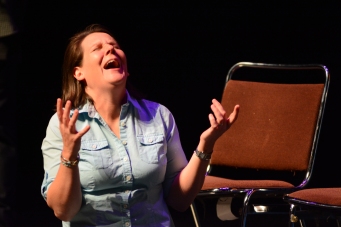 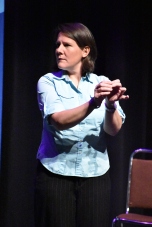 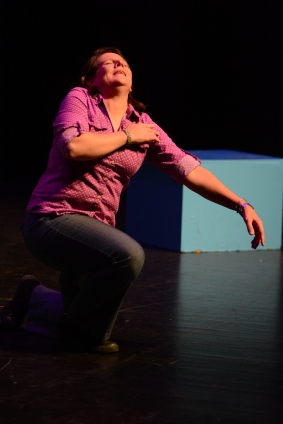