In 2005 I was turning 26. The prior few years I had been meandering through life. Before the year began my summer in Chicago was planned & paid. Life changing. It was a Nee Year. It was my late coming of age summer. 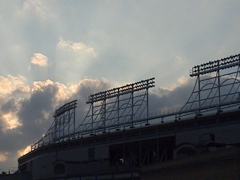 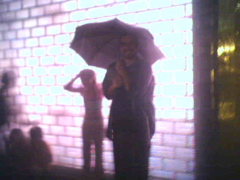 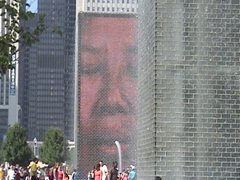 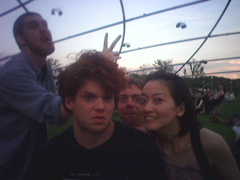 Our good friend Mindy Keeling gave us a photo shoot at SDIF 2018 in the Beautiful Lafayette hotel back in February. 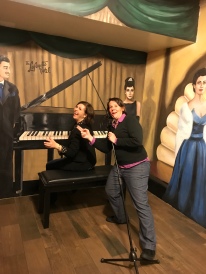 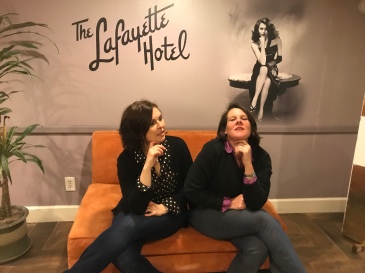 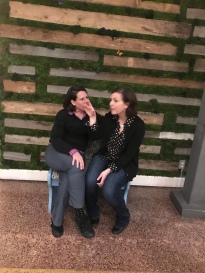 I am sold on high speed business class train travel. Bring it on!

For letting me be a total geek!

I have not really met anyone of significance before in regards to those sorts of famous people you love and admire to know what meeting one would actually feel like. At least not since I was a young teen and forced the Pharaoh from Joseph & The Amazing Color Dreamcoat to sign my program. Also, in my mind – although they might have some fame – it’s not really a “those people” sort of thing, they’re really just human beings like everyone else. I thought I’d keep my cool no matter who it was – however, at age 37, I met someone I never thought I’d meet – at least not at this stage in my lifetime and surely not at the moment it was presented to me.

I spent the most amazing weekend in New York City with some really great friends. I went for the Del Close Marathon and spent a lot of time just soaking up lovely NYC neighborhoods, fun bars and delicious restaurants. Entertaining ourselves into late hours and learning the NYC public transportation system. I did have a show and that was in there – and Del Close hijinks, that was in there too. However, the entire weekend rests on top of this one moment that impacted my weekend beyond what I could have imagined. Sometimes we don’t consider how a moment can influence a state of being.

I dragged two of my friends down to the DCM party space at 5pm on Saturday evening to enjoy some beer before venturing out on the town. They bought performer passes just to do this with me, because I for whatever reason made this a big to do for my day. We made our way to the balcony to enjoy the fresh air and stood in an uncrowded area and while standing there I recognized Benedict Wong. I thought, “that’s odd, what’s Benedict Wong doing here” in that moment – I wasn’t affected too much, not that he isn’t great and it’d be lovely to meet this man, but I’m only just slightly aware of him from his recent inclusion in the Avengers/Marvel Universe. Then…. I notice that he was speaking to the one and only Peter Serafinowicz. Now perhaps you wouldn’t really know how much you truly admire someone’s work until you see them in person – standing three feet from you, until you start to get nervous and sweaty and evaluate in your mind how you’re going to handle this situation.

I’ve followed Peter Serafinowicz’s career since seeing Shaun of the Dead. Watching whatever I could get my hands on throughout the years. I thought he was utterly delightful in Spy. All in all – he’s Peter Serafinowicz – brilliantly odd and lovely guy.

So yes – back to the event – the moment of reckoning. The two friends I was with did not know who he was, which is a shame they couldn’t share my excitement. It was extremely noticeable to them how it was affecting me…. as I was shaking and giddy and they did enjoy seeing my torment & awe. Now – presented with this opportunity – I thought about letting the moment pass – but of course – if I did – I’d forever regret that decision. The last thing I wanted to do was be terribly awkward and incapable of playing it cool – cause again – he’s just a human being. When two people are deep in conversation – you surely can not interrupt without being a slight nuisance – so I waited for the right moment and in the hopes that I’d be my charming and lovely self, here is what happened:

“Excuse me, could I get a picture with you?”

Meanwhile – my friend says to Benedict “I’ll get a picture with you” and then proceeded to ask “What’s your name?”

I asked Peter why he was there – and he told me – I continued to kid him on his interviewing skills – but not without attempting to soften it with a touch on the shoulder and calling him lovely. He did ask why I was there – and I told him – so there’s that – and that was kind of him to take a moment to inquire.

Then he introduced himself – oh duh! tell him your name!

Then a small amount of weirdness until we all departed.

Including this photo and a “why am I holding this?”

A friend of mine labeled this a PopSocket Ad. & There you go PopSockets, your welcome.

Short sweet and all too quick.

Now – I definitely wish I’d done somethings different – I’m hoping the “Could I get a picture with you?” Translated to: “Your awesome and this opportunity is awesome!” Also – I would’ve at least acknowledged Benedict Wong versus just ignoring him. But hopefully, I held myself authentically, not compromising my own integrity in that moment.

Peter was there to promote a new Amazon show “The Tick” — So give it a watch when it’s out.

In the meantime – there’s this: https://www.youtube.com/channel/UCi38HMIvRpGgMJ0Tlm1WYdw

And Peter – if you’re seeing this – thank you for making my weekend! and letting me geek out just a little.

And Benedict – if you’re seeing this, I apologize for not giving you a nod. You’re great too and I look forward to your blossoming career!

Have you had a reaction to meeting someone you admire that surprised you? I’d love to hear your story.

My very first sketch class that I instructed. It was scary, exciting and rewarding – it took a long time to get these projects complete. But here they are now.

Let me take you back to April of 2010. I was deep into Phoenix Improv Festival hospitality management – making sure that all our visiting troupes were checked into the Holiday Inn Express downtown. I had just said hello to my one of my favorite visiting improvisors Nick Armstrong in the hallway just beyond the lobby – as we split up to go our separate ways and I was on to my next order of business – Nick shouted down the hall to me “you won’t have to work this hard at Camp Improv Utopia!” and my immediate response was “I’m in!” He had just launched the announcement of the very first Camp coming up the next year in May 2011 at Camp Ocean Pines in Cambria, California. I was in – the concept sounded amazing. Going back to a camp atmosphere with a bunch of adult improvisors, taking workshops and sharing our passions with around 100 like minded people, learning, growing, networking – sounded amazing. And so, after Festival weekend that year – I registered and put my check in the mail. Little did I know – I would be the first camper ever. It’s hard to revisit the experience that far back. I remember lots of great moments and the connections I made that I’d like to think are still prevalent today. I not only got to learn from Susan Messing at that camp – something I would have previously needed to go back to Chicago to do – but I also got to socialize with her on a peer level. Perhaps that is the most amazing aspect of Camp – or one of the amazing aspects. We all strive for greatness – therefore we all strive to learn from the greats before us and the Camp atmosphere is just that, a bunch of peers learning and sharing with each other. There are no egos – therefore – people like Craig Cackowski, Susan Messing, Paul Vaillancourt, Dave Razowski, Jamie Moyer, Karen Graci, Brian O’Connell, Kevin Mullaney – among a few to mention – are just another camper. Not only does camp connect you with your immediate community members who share the experience – but also the national community who are all just trying to bring things back home with them. Things evolved out of this camp – more festival submissions due to the amazing networking site for improvisors, now called Improv Network, which was born out of the Bill Binder, Nick Armstrong connection – more visiting cities outside of festivals, more sharing knowledge with other theaters and ultimately – a national community that is more connected – to the point that you can visit any city – on business, on vacation – passing through and you can find a theater to visit, play or even teach a workshop at, and those communities treat you like family.

I’m compelled to share this experience on my blog because I just returned from my third year at Camp East in the Pennsylvania Poconos. I had only gone to the first two years of Camp West. I chose not to continue because I was trying to have a baby – to no avail. Please don’t be sad about that – life is just how it is always supposed to be – but after that third year I chose not to attend again – Camp West blew up and sold out before it was even open a week – now going into it’s sixth year – if you don’t stay up all night and submit every minute – you may not make it. However there are great perks to being on the waitlist so submit anyway! In 2013 Nick approached me regarding his decision to add a Camp East – in the Poconos of Pennsylvania and assist in registration. I happily accepted as it was work that I was already doing for the Torch Theatre and felt very proficient at. And so it began – building the culture again and linking the East coast into the amazing community that is Camp Improv Utopia. Now after our third year and at a new Camp this year – Camp Trout Lake – East has become a beautiful thing – more beautiful than imaginable. Don’t get me wrong, the first two years were great – and many campers returned – as counselors and campers in the know, comfortable and excited. However, this year – going backwards for a brief moment, I missed the wonderful experience of year three out West – but so thrilled to have committed to it at East. I always say when teaching group games – it takes one to inspire the idea, it takes two to support it – it takes three to make it a game. And what a beautiful game it is! — please, please, please – as an improvisor of any level – I highly recommend this experience. This year in 2016, Improv Utopia introduced a third camp – Camp Yosemite – I didn’t go – as I was being reserved with travel and money – but the experience those campers had, at another beautiful location this time focusing on formats all weekend, permeates off of them like an aura of enlightenment. 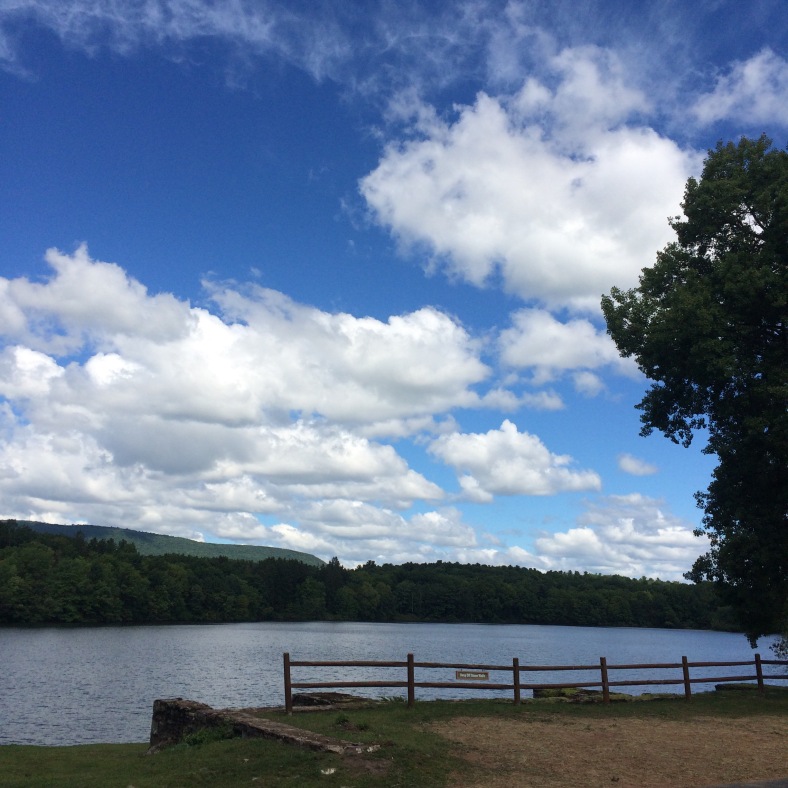 Camp Trout Lake – Stroudsberg, PA 2016 – take in the mist over the lake at night! 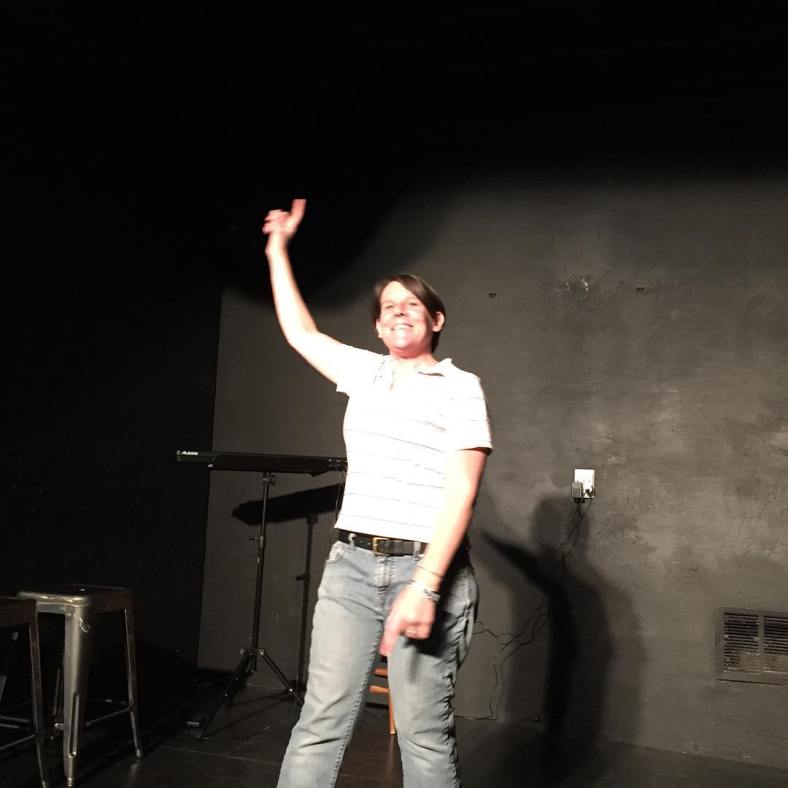 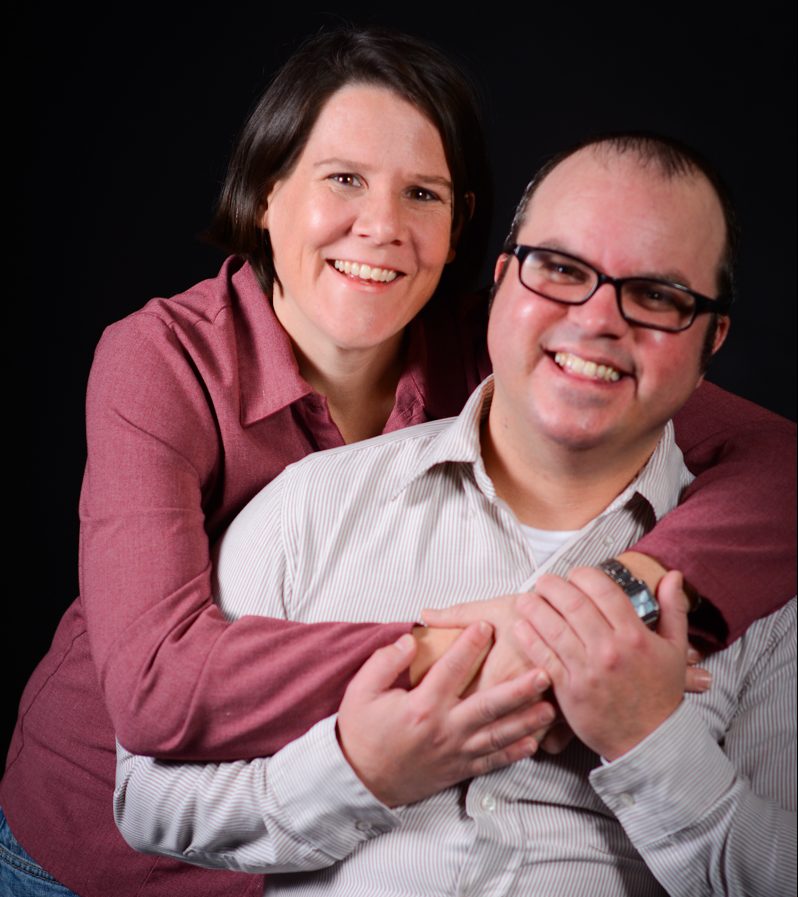 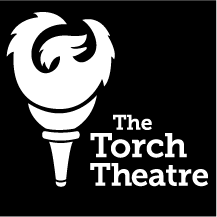